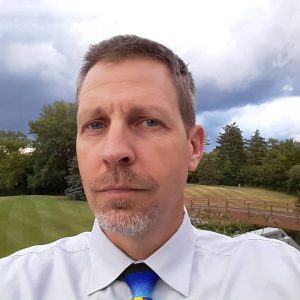 We’re all a product of our experiences. The more experiences, the harder the road was to get to where you are now, the more you have to draw on when it comes time to write. In my life I’ve been an armored car driver, process server, police officer, and spent most of 20 years working as a private investigator in and around the artful ruin that is modern Detroit. I’ve had close family members murdered, invested decades into a marriage that went bad, raised kids that turned out great, got fired from jobs I desperately needed….and through it all I wrote. There were words in my head that I just needed to get onto paper, mostly fiction, but I never thought I could make any money at it. But life has a way of giving you what you need.

About twenty years ago I started writing for outdoor magazines. That work put me in contact with Dillard “CJ” Johnson, whose autobiography CARNIVORE I co-wrote. CARNIVORE was published in 2012 by Harper Collins and has done very well.  As part of the publicity tour for that book I unintentionally pissed off John Stossel in the green room of The O’Reilly Factor. That book also resulted in CJ getting put on ISIS’ kill list, in the #2 spot behind the Navy SEAL who killed Osama Bin Laden….and my name’s on the cover of the book. My novel Dogsoldiers was glowingly reviewed by Stephen Hunter, who not only is a Pulitzer Prize-winner, but whose New York Times best-selling novels are some of the best in the genre.  And he’s a hell of a nice guy with whom to sit and talk writing.  Just a few more experiences in an interesting life.

There isn’t anything in the world that I love doing more than writing fiction. Currently I’ve got seven novels out, with more on the way.  I live outside of Detroit with my fiance and a variable number of dogs–two of them at the moment, although that could change.

Taran Butler and I talking Miami Vice guns at the SHOT Show, a few years before he started training Keanu Reeves for the John Wick franchise:..and everybody else in Hollywood.