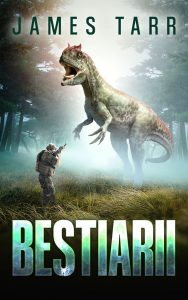 I’m excited to announce I’ve secured a three book deal with Chris Kennedy Publishing/Theogeny Books for Bestiarii and its two unpublished sequels, Fire and Bone, and The Ghosts of Xicotepec.  The reissue of Bestiarii (new cover seen here) will include an audiobook.  Expect it in print and digital on June 17, with the sequels coming out later this year.